This post describes the process of 'employing' digital leaders at
Roydon Primary school.

Over the last few years keeping up with new techology has been a challenge and, in terms of time, difficult to manage. Trialling new resources and evaluating the benefits adds to any workload and sharing new ideas takes more time and organisation.

I had been considering different options and ways of managing my increasing workload, when I watched @chrismayoh's teachmeet presentation on digital leaders . I thought it was a great way of supporting the ICT coordinator role, whilst making the most of the talents of our children, so started the process at Roydon.

The interview process started with a flyer advertising the post inviting applicants. The application forms included simple questions about their experience with ICT, their responsibilities and their views about different roles within a digital leader post. By the deadline, 14 children had applied for the post. I hindsight, I regret not using google docs as a way of applying for the post. It is something I will remember for next year.

The interviews spread across one morning. The children were excited but very nervous, so I decided against filming them. I was very impressed with their enthusiasm and their ideas. They had considered options that I had not thought about. They had visions for the future of ICT at Roydon and were able to articulate them. 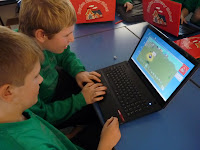 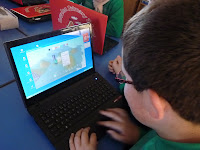 In the afternoon the children were invited to participate in an 'observed task'. They were asked to access Kodu game labs, to program a Kodu to move and eat things. They were only given two tips: 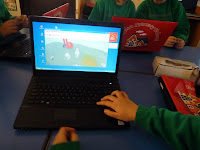 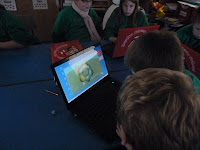 The aspiring digital leaders were then left to it! They had around 40 minutes to see how far they could get and I was really impressed with the results. All children had completed the initial challenge and most had gone beyond it. 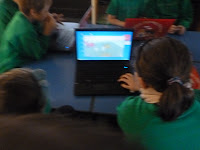 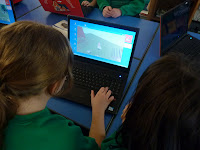 I asked them how they felt about not being taught and they told me that although some parts were a bit frustrating, they all felt proud of what they had achieved independently of an adult. They showed great collaborative skills and they all enjoyed the task immensely. 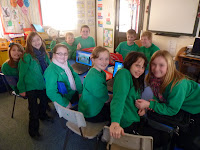 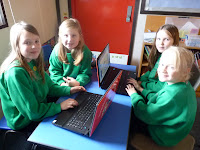 Their feedback about Kodu included such things as 'There are no limits, you can make whatever world you like,' and 'It's your own ideas, you could be the Kodu. It's awesome!' 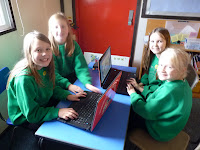 They thought it was easy to use and can't wait to have another go.

All applicants showed entusiasm and strength in different areas, so all of them have been employed! The jobs that they do as digital leaders will depend on the skills that they showed at interview. This includes:


As for me - I'm really looking forward to working with my new colleagues!

Posted by Sheli Blackburn at 2:52 PM 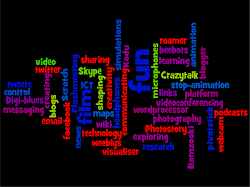